The Romanian American Business Council (RABC) is a not-for profit, bi-partisan organization that represents a broad range of interests of the Romanian American community on both sides of the Atlantic. The RABC along with hundreds of Romanian organizations and millions of Romanian Americans and Romanians living here and abroad have high expectations that under the current leadership of the Senate and House Judiciary Committees Congress will move these commonsense VWP reforms forward in the 113th Congress. These reforms will ultimately allow Romania to join the 37 other countries already a part of the Visa Waiver program, and strengthen the longstanding bond of friendship between United States and Romania. As the United States’ faithful and steadfast NATO ally, Romania desires to do more to contribute the success, safety, and development of the United States. We hope these committees will do everything in their power to ensure that Romania’s addition to the VWP comes to fruition. 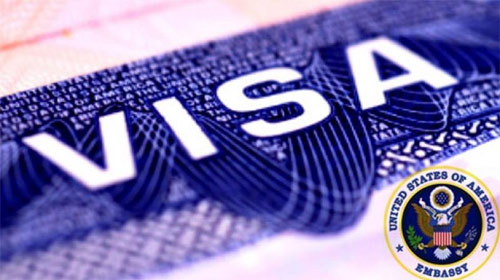 We have a great opportunity to include Romania into the Visa Waiver Program in next year’s Congress. It’s more important than ever to speak up in order to make sure your representatives know this is important to you. Fortunately, it’s quite simple and should not take more than 10 minutes of your time. Let’s act together and make this decade old-dream a reality!

What is the Visa Waiver issue?

The citizens of a country granted a visa waiver by the United States are permitted a 90 day visit to the United States without applying for a visa at an American Consulate. This eliminates much of the bureaucratic red tape and long hours in line. It also saves money as an applicant has to pay a fee for each time it fills out a form for a visa. Furthermore, a visa waiver signals to those who wish to visit friends or relatives or look for business opportunities that they are the citizens of a nation that is trusted, respected and considered a true US ally.

Why should Romania be included in the Visa Waiver Program? 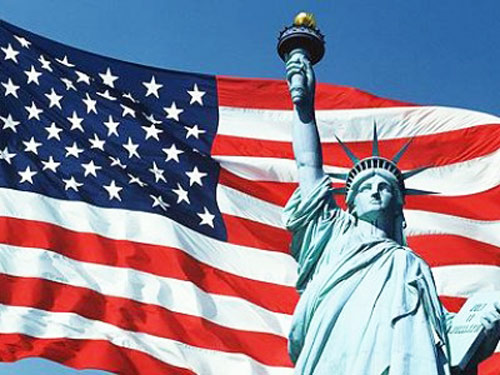 First and foremost, it is a matter of loyalty, fairness and egalitarianism. Romania, a longtime supporter and friend of the United States should be included in the program. Our country has fought alongside the United States in the Middle East since the beginning of the Iraq war. Thirty-six Romanian soldiers have died so far fighting for peace and freedom alongside the American forces in Kosovo, Iraq and Afghanistan.

Ethnic Romanians are one of the most entrepreneurial, talented, hardworking and appreciated group of professionals in the United States. More Romanians coming to America means more business, more travel, more jobs and billions of dollars added to our economy. It would also generate more Romanian-American trade, economic cooperation and investments. Romania’s economy is one of the most vigorous in Europe with the growth on the continent in 2016!

There are approximately one million Romanian Americans in the US. They and their ancestors have contributed much to the development and prosperity of their adopted country as well as to its freedom and independence. Form George Pomutz, to Emil Palade and Peter Georgescu, ethnic Romanians are credited with buying Alaska, winning the Nobel Prize or running billion dollar companies. The geniality of our IT people remains legendary. To open the doors to free exchange of visitors to Romania is to recognize our shared values over more than two centuries of cultivating a very special relationship.

Please read the petition below to become aware of important points surrounding the issue.

Call your representative as soon as you can. Your calls need to be answered by a real person that will give you his or her name (as opposed to email collection) this will have a far greater impact.

Why is this the right time to ask for the VWP?

We are petitioning on behalf of the one million strong Romanian Americans living in the United States to encourage the 20 members of the Senate Judiciary Committee and the 40 members of the House Judiciary Committee to move forward legislation that will allow Romania to join the Visa Waiver Program (VWP). It is important to stress the enormous contributions and impact that Romanian immigrants have made in the United States over the last two centuries. Although Romania has been nominated by the U.S. Department of State as an “impressive allied country” for entry into the VWP, headway has slowed in past attempts because Romania remains outside the range for visa denial rates. Visa denial rates, the current standard that the U.S. government employs for prospective VWP countries, has been criticized by many outside organizations, such as the Heritage Foundation, and even the GAO, as ineffective and inaccurate. Bi-partisan, bi-cameral legislation has been introduced to reform the VWP criteria, and allow the metric to be based on overstay rates. Currently, Romania has a visa overstay rate of 10.5%, three times more than the required 3% threshold that is called for in the pending legislation. Additionally, according to the State Department, Romania has implemented and adopted in 2014 all security measures and information-sharing protocols asked of them by the U.S. government. Thus, security concerns relating to Romanian citizens should be minimal. 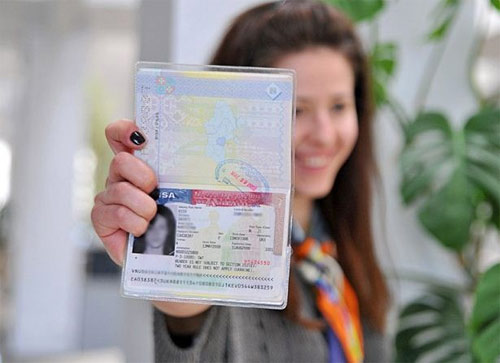 Given the current economic climate, the U.S. should ask itself another question – with the proper security measures in place, how quickly can we give new countries visa waiver approved status? Each admitted VWP country has an extremely positive effect on the U.S. commerce and economy overall. The numbers are staggering – in 2010 more than 17 million visitors to the United States were from VWP countries. These 17 million visitors comprised 65% of all entries from other countries, and their presence added $61 billion to our economy and generated 433,000 new American jobs. In order to extrapolate the magnitude of the economic impact by the admission of Romania to the VWP, let us consider the impact of South Korea, one of the newer VWP entries.

In 2010 alone, the United States saw a 49% rise in tourists from South Korea, which totaled $1.6 billion in tourism receipts and resulted in the creation of 4,800 new U.S. jobs. It is no wonder that the U.S. Tourism industry, the U.S. Chamber of Commerce, over 100 Fortune 500 companies, and many other business oriented organizations support an expansion of the Visa Waiver Program. The latest VWP approved nations are Andorra, Australia, Austria, Belgium, Brunei, Chile, Czech Republic and Denmark. Romania should be next!

Sign our petition below to have your e-petition signature sent to all members of the Senate and House Judiciary Committees!

How to Petition to Include Romania into the U.S.A. Visa Waiver Program

The Jobs Originating through Launching Travel Act (JOLT) of 2015 (HR 1401) or JOLT for short, is a strong vehicle for getting Romania into the Visa Waiver Program while also helping the U.S. economy by increasing tourism. Below you will find an example of a letter to help people explain to their Congressional representative the importance of this bill to Romanian Americans and Americans in general.
This sample letter is going to be located in the body of your message by default.

To the distinguished members of the Senate and House Judiciary Committees,

I am writing this petition in order to gain support and have you become a co-sponsor H.R. 1401, the Jobs Originated through Launching Travel (JOLT) Act of 2015. This important legislation, which enjoys broad support in the private sector and bipartisan support in Congress, would stimulate international tourism and business to the United States by expanding the Visa Waiver Program (VWP).

The Visa Waiver Program enables nationals from 38 participating countries to travel to the United States for tourism or business stays of up to 90 days without obtaining a visa. Its creation was designed to eliminate unnecessary barriers to travel, stimulate the tourism industry, and permit the Department of State to focus consular resources in higher risk areas. Regrettably, today Romania remains the only European Union member of the Schengen Zone (created to promote visa free travel across the EU), that is not a Member of the VWP.

Now is the time to act! Help us include Romania – one of America’s strongest allies – in the VWP.

Travel to the United States is America’s top services export. With Romania being a shining example of economic and democratic success, and with one million Romanian Americans calling the United States home, the historic links between our two great countries are only suffering by being shackled with limitations on people-to-people contacts that are guaranteed through programs like the VWP.

The U.S. Chamber of Commerce, U.S. Travel Association, the American Hotel and Lodging Association, and the National Retail Federation all support H.R. 1401. I urge you to join Representatives Mike Turner (R-OH) and Dan Lipinski (D-IL), the co-chairs of the Romanian Caucus, by becoming a co-sponsor of this important and timely legislation that finally welcomes Romania into this program and paves the way for even greater cooperation between our two great nations.

Thank you for your prompt attention to this important matter.
I look forward to your response.

To sign the e-petition please fill in the following form and press the SUBMIT button.