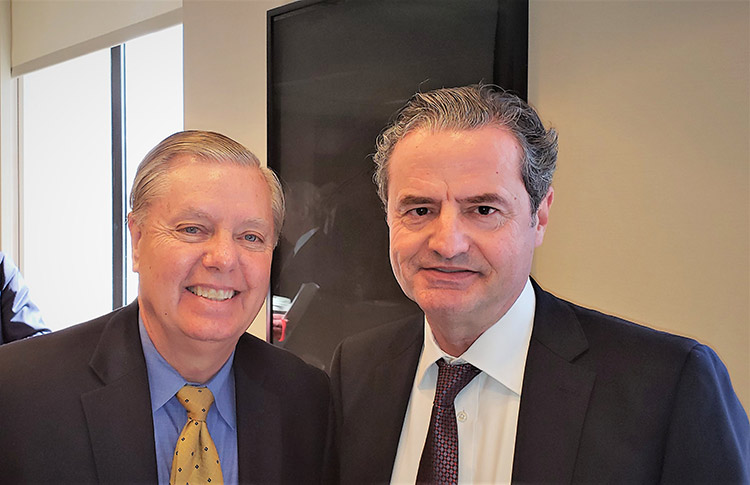 The RABC leadership met Senator Lindsey Graham, Chairman of the Appropriation Subcommittee on State & Foreign Operations and of the Senate of Armed Services Committee. He was accompanied by Congressman Joe Wilson, the Assistant Majority Whip, one of the most senior members of the House of Foreign Affairs Committee and the Armed Services Committee, within which he chairs the Subcommittee on Readiness. During the round table discussion, hosted by Phil Rosen at the Weil Gotshal on Fifth Avenue, critical topics of foreign policy, national security and defense were discussed - from the Middle East to Eastern Europe, North Korea and beyond. Stefan Minovici and Tiberius Vadan attended on behalf of RABC, as well as honorary member Johnathan Burkan. During the meeting, Congressman Wilson also agreed to attend the Romania Day Festival on May 20th and the subsequent Dinner Gala. 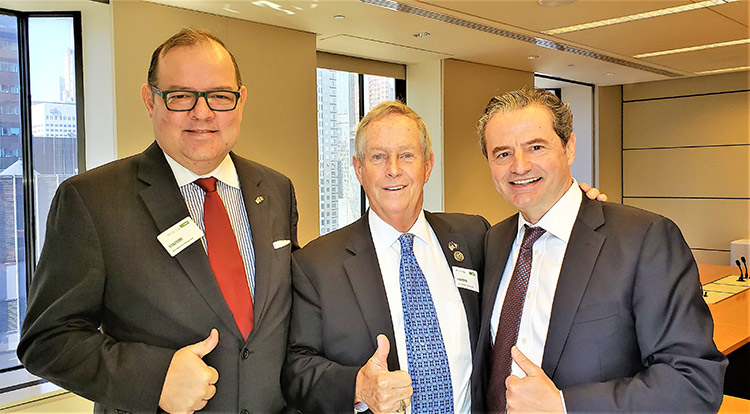 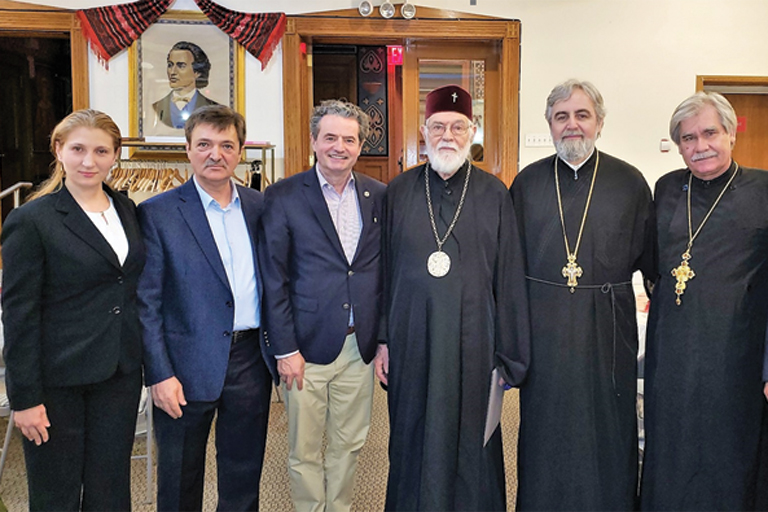 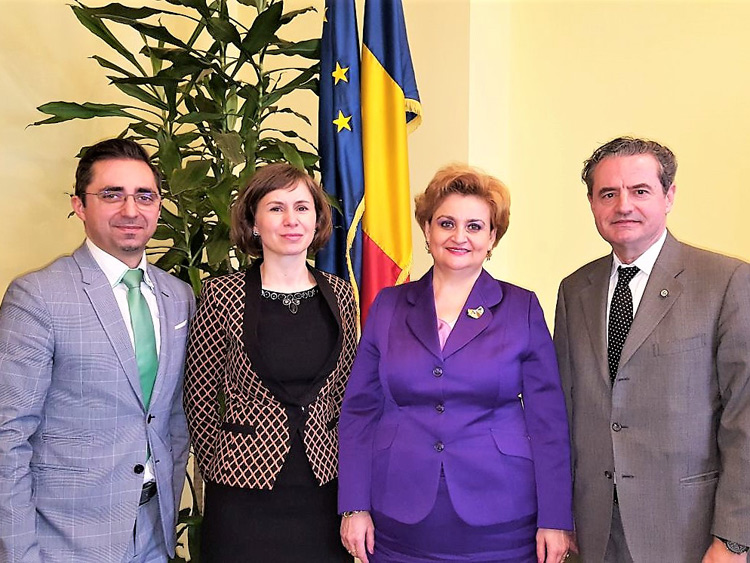