Meeting with Hon. Daniel Lipinski, US Representative (D-Ill) the Co-Chair of the Romanian Caucus in the United States Congress Chairman of the Communications and Technology Subcommittee

Today, April 12, members of the RABC Board and Action Committee met with Hon. Daniel Lipinski, US Representative (D-Ill) the Co-Chair of the Romanian Caucus in the United States Congress. The working luncheon greatly benefited from the presence of H.E. Ion Jinga, Romanian ambassador to the United Nations and the Hon. Ioana Costache, Consul General of Romania to New York. Congressman Lipinski was accompanied by his chief of Staff, Mr. Eric Lausten. 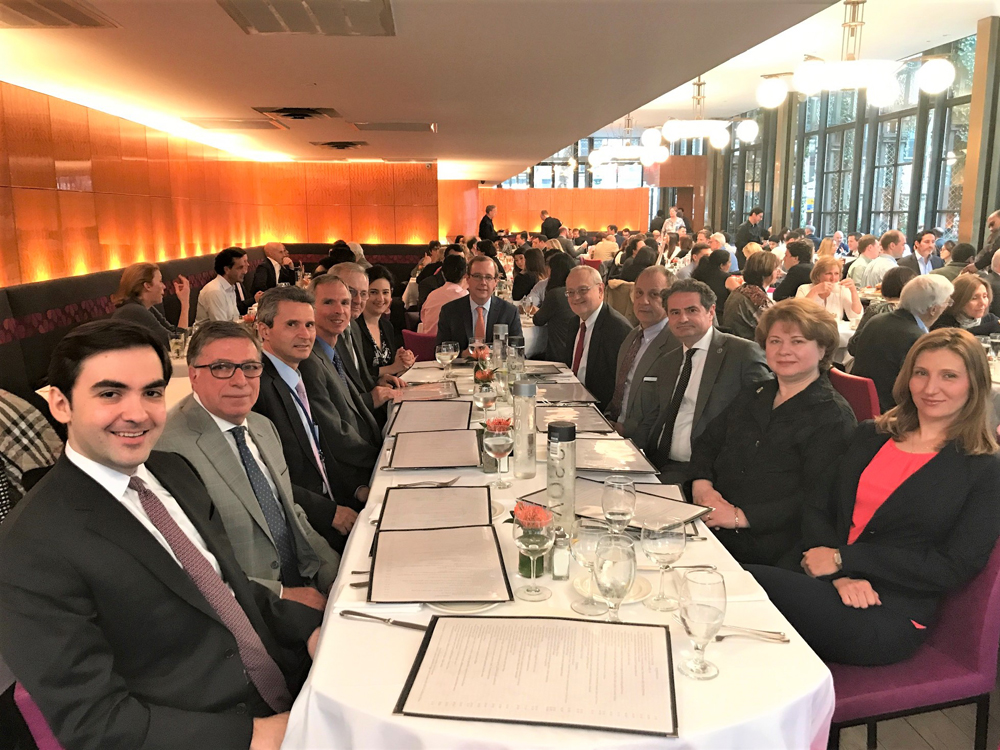 The topics of the two-hour long discussions included the US – Romanian relationship, the current geopolitical situation in the Black Sea region, defense and homeland security and the relationship with Russia, the support of the US Congress in relation to the business environment in Romania, visa-waver program, the immigration from Romania and more.